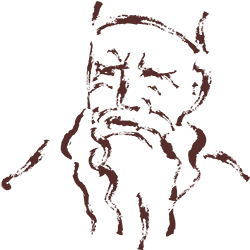 Glad you asked. We named our coffee shop after Hudson Taylor, who was born not in Danbury, but in Barnsley, Yorkshire, 1832. So what ties us with him? His faith. At just 21, Hudson Taylor decided to make a trip from Liverpool docks to Shanghai with one express purpose: to share the good news about Jesus with the people of China. Hudson arrived in 1854, when China was in the middle of a civil war.

He travelled around the country, preaching and distributing medical supplies. To those looking on, his behaviour must have seemed radical; unlike other expats, he spoke Mandarin, dressed in Chinese clothes and grew a pigtail. He did not want to impose British culture on the people of China but wanted them to know that Christianity was for all cultures.

Hudson made special efforts to travel to rural China to establish Chinese churches, led not by foreigners but Chinese Christians. With this goal in mind, he founded the China Inland Mission in 1865, an organisation that still exists today.

Hudson dedicated his life to mission in China and was buried in 1905 on Chinese soil. His motto is best summarised in his own words: “There is a living God. He has spoken in the Bible. He means what He says and will do all He has promised.” If this sounds like something you would like to investigate for yourself, why not chat to one of the Hudson’s staff, or come along to one of the services at Danbury Mission?